When Police Murdered an Elderly Man Clutching a Crucifix, His Daughter Turned Grief into Action

Francisco Serna, a 73-year-old grandfather with dementia, was murdered by police while walking near his home. Bakersfield Police have been named the deadliest police force in the nation. 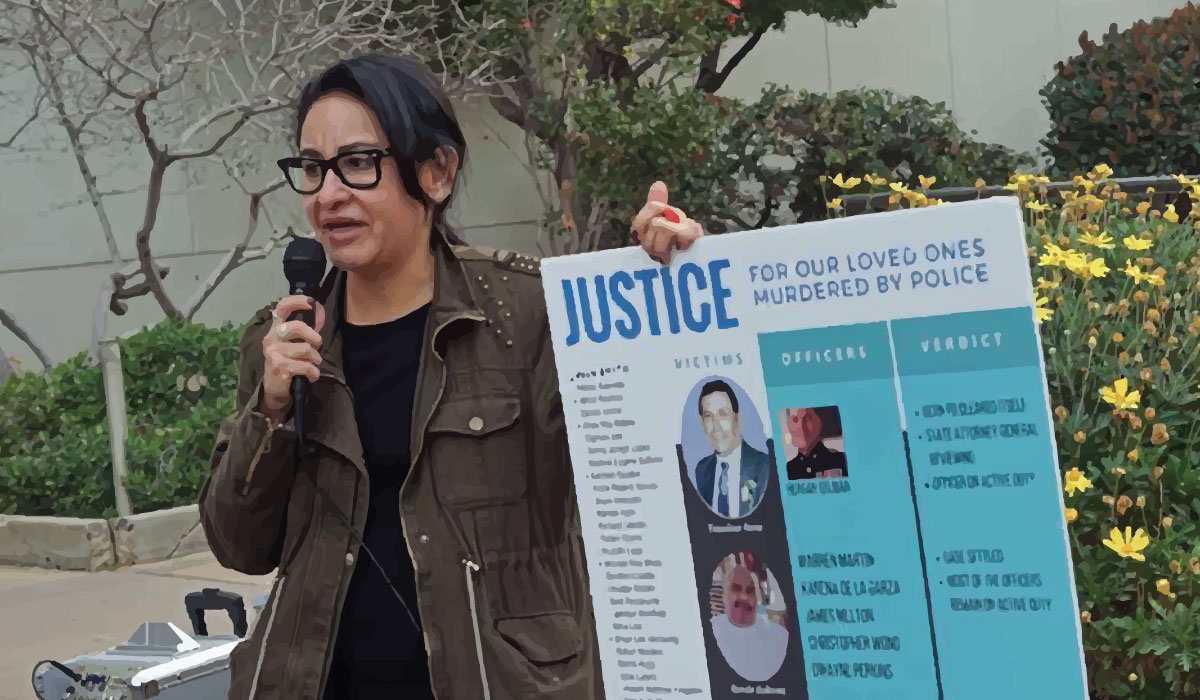 On the night of December 12, 2016, as many Mexican families finished celebrating the Dia de la Virgen de Guadalupe, Francisco Serna had trouble sleeping. The 73-year-old grandfather suffered from early dementia, and falling asleep was becoming more difficult. Serna had a routine for such nights. He would take short walks near the Bakersfield home he shared with his wife of 51 years, Rubia, and his daughter, Laura. On this night, however, Serna startled a neighbor, who called police and erroneously reported that Serna was armed. The police dispatcher relayed to responding officers that Serna suffered from dementia, a condition that should have prompted Bakersfield Police to use de-escalation tactics. Yet, in the U.S., those who suffer from issues related to mental health are 16 times more likely to be shot by police. When Serna allegedly did not comply with police commands to take his hands out of his pockets and walked silently toward officers, they responded by firing seven rounds. Five hit Serna, who died just a few feet from his home. In his hand was a crucifix.

The case drew national attention to Kern County Law Enforcement (Bakersfield Police Department and Kern County Sheriff’s Office), a police force that was already declared the nation’s deadliest in 2015. Public outrage was compounded when BPD investigated itself and cleared itself of wrongdoing.

The ACLU recently released a blistering report highlighting the police force’s patterns and practices of violating civil rights. Latinxs have bore the brunt of the violence, comprising 65% of those shot and killed by Bakersfield Police despite making up only 45% of the population.

One year later, Francisco Serna’s family is still seeking justice. At the forefront is his daughter, Laura, who has worked with community organizations to demand justice for her father and all victims of police brutality in Kern County. Mijente spoke with Laura about her father and her activism.

Mijente: On December 2nd, you organized a vigil and march in memory of your father and all victims of police violence. Why did you decide to organize a public action?

Laura Serna: I decided to organize the action to highlight that there hasn’t been any change in terms of ending or even reducing officer-involved shootings in Kern County. The ACLU report came out and I was hoping to educate the public about the results of the report which outlines patterns and practices by the departments. Because my father’s shooting got national attention, I don’t want the case to get swept under the rug. I want to keep it in the headlines, in the news, and social media. I want to keep attention on the problem and why changes in the departments are necessary for the public safety of all.

Why was this event important, and how was the experience for you?

LS: I was at home with my parents when the incident happened, so I experienced first hand the bullshit the police department was trying to get away with. I believe if I don’t take action, I’m not going to be able to live with myself. Something inside me says not to let it go. Perhaps I have found my calling. The action on December 2 was incredible. I just wanted to take it all in, as it was a very important statement to make in Kern County.

You’re currently working on the #JusticeforKernCounty campaign. Can you tell us more about it?

What are the biggest barriers you see to holding police accountable for their actions?

LS: I feel like the biggest barrier to finding justice in Kern County is the lack of leadership and accountability as well as the department’s failure to allow for a fair investigation by having an independent review board rather than officers being investigated by past officers. Some officers, like Rick Wimbish, have been involved in multiple shootings, yet there has been no accountability and they remain on the force.

What do you think needs to happen for families to receive justice in Kern County?

LS: I believe in addition to changes in bad practices, criminal charges should be filed against the officers who have committed murders and also hold the DA’s office responsible for failure to protect our citizens and continued abuse of power. We’re also conducting a petition drive to demand that Bakersfield City Council create an Office of Independent Review. That new office would conduct impartial investigations and prevent Kern County law enforcement agencies from investigating themselves. It would be an independent commission made up of residents chosen by the community and include people who have been impacted by police brutality. The office would be in charge of creating a plan to reallocate police department funds to other agencies to provide trauma services for victims of police brutality and their families.  It would also suspend and modify the K-9 programs for KCSO and BPD.

Through your organizing, you’ve met other families of victims of police brutality both in Kern County and across the nation. How has that experience been?

LS: Meeting other families of victims has been not only heartbreaking but a huge eye opener on just how massive the problem is not only in Kern County or California but across the U.S. Through Mijente we have been able to connect with other families to talk about our experiences and how we have been organizing. It makes me want to continue to have these conversations, raise public awareness, and continue the fight against injustices on a larger scale. It makes me want to do so much more.

The families of victims not only have to cope with the loss of their loved one but also with the lack of justice for them. What do you think enables Latinx families to continue organizing and sharing with one another?

LS: I believe in order for Latinx families to continue organizing and sharing is to do just that… continue organizing and sharing as I think it encourages others to feel safe to share and to get their story out there in the media. On a personal level, I feel the need to seek out other families, to share our stories; just to know that you are not alone is empowering and at the same time therapeutic.

The one-year anniversary of your father just passed. What do you miss most about your dad?

LS: What I miss most about my dad is his presence–the daily conversations, the jokes, his laughter.

How do you want your father to be remembered?

LS: I want my dad to be remembered as the person who sparked the change in Kern County, and I want to be the person that lights that spark. I don’t want his death to go in vain.