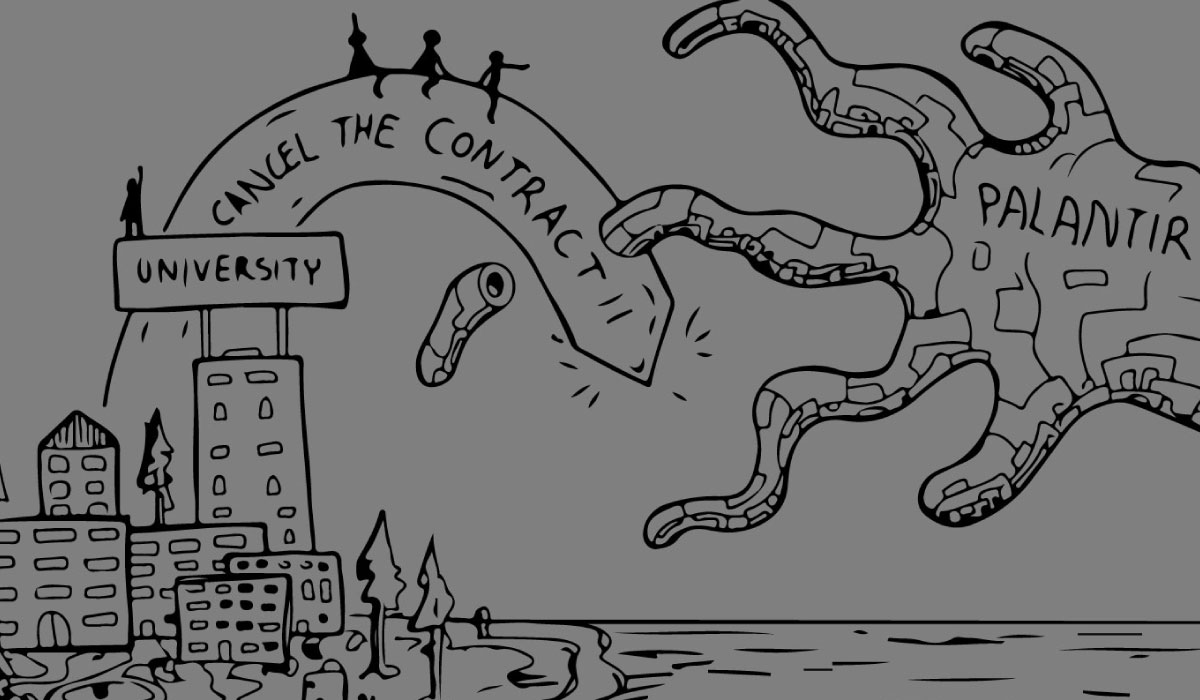 If you are an academic and would like to add your name to this letter, please sign here.

On May 30-31, 2019, Berkeley Law will convene the 2019 Annual Privacy Law Scholars Conference (PLSC) in Berkeley, California. [1] A community of leading privacy scholars from around the world will present new work and interrogate critical questions at the intersection of technology and law. Given the importance of this work and this convening, we are troubled to see Palantir listed as a PLSC sponsor.

Palantir specializes in big data analytics. It sells technologies for tracking, profiling, and prediction to military and law enforcement agencies across the country. [2] Human rights’ advocates have raised concerns over the deployment of Palantir’s systems. [3] The company also has multiple contracts to provide the tech that allows Immigration and Customs Enforcement (ICE) to identify, track, and target immigrants, refugees, and asylum-seekers [4] for deportation. And recent reports show that Palantir’s case management systems are used to harass and even arrest family members of children crossing the border. [5]

We appreciate that the PLSC planning committee released a sponsorship agreement policy, and we know that corporate sponsorships present complex questions that may not be easily resolved. We also understand the need to secure funding. PLSC’s policy makes clear that sponsors don’t influence the programming or content. But even without direct influence, we are deeply concerned that Palantir’s sponsorship of a leading academic conference on privacy helps the company polish its image, and thus undermines efforts to resist militarized surveillance against migrants and marginalized communities.

We believe that the work being done by the PLSC is urgent and important. Palantir’s extensive involvement in military [12] and policing [13] contracts is well documented, as is their role in enabling Trump’s family separation policy. We hope that the PLSC community will take the lead and refuse affiliation with a company that builds programs and tech tools to enable surveillance and profiling of immigrants and communities that already face disparate impacts of racial profiling and marginalization.

We, the undersigned scholars, call on the convening committee and Berkeley Law to drop Palantir as a PLSC sponsor.

Institutions are listed for identification purposes only and do not reflect the position of the institution.

[5] April Glaser, “Palantir Said It Had Nothing to Do With ICE Deportations. New Documents Seem to Tell a Different Story,” Slate, (May 2, 2019), https://slate.com/technology/2019/05/documents-reveal-palantir-software-is-used-for-ice-deportations.html.

[10] Kate Fazzini, Peter Thiel’s stealth start-up Palantir has unlocked a new opportunity to sell to the US military as revenue tops $1 billion, CNBC.com, (May 16, 2019), https://www.cnbc.com/2019/05/15/palantir-unlocks-a-new-opportunity-to-sell-to-us-military-ahead-of-ipo.html.