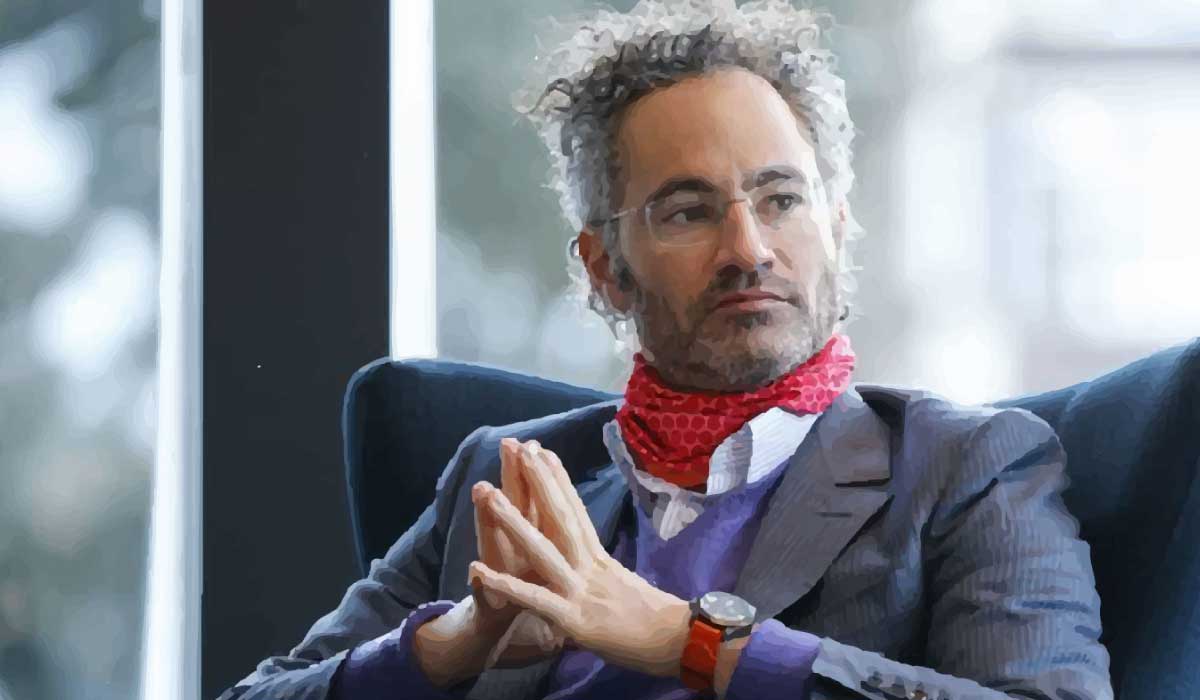 The data-mining firm Palantir played a key role in federal immigration efforts to target and arrest family members of children crossing the border alone, a new document released this week shows. The document, which details the efforts of Immigration and Customs Enforcement agents to prosecute and arrest parents and sponsors of immigrant children, contradicts claims by the software company that its software is not used in deportations.

The efforts were part of an operation by ICE designed to dissuade children from joining family members in the United States by targeting parents and sponsors for arrest.

Immigration agents were explicitly instructed to “arrest the subjects and anybody encountered during the inquiry who is out of status.” Any undocumented family member encountered during an investigation would be arrested for deportation, in other words.

As part of the operation, ICE arrested 443 people solely for being undocumented. It’s unclear how many of these people were relatives of migrant children, though ICE’s efforts involving were explicitly focused on “parents and family members” of unaccompanied migrant children, according to the document.

Palantir’s software was used throughout, helping agents build profiles of immigrant children and their family members for the prosecution and arrest of any undocumented person they encountered in their investigation.

The operation was underway as the Trump administration detained hundreds of children shelters throughout the country. Unaccompanied children were taken by border agents, sent to privately-run facilities, and held indefinitely. Any undocumented parent or family member who came forward to claim children was arrested by ICE for deportation. More children were kept in detention longer, as relatives stopped coming forward.

Mijente is urging Palantir to drop its contract with ICE and stop providing software to agencies that aid in tracking, detaining, and deporting migrants, refugees, and asylum seekers. As Palantir plans its initial public offering, Mijente is also calling on investors not to invest in a company that played a key role in family separation.

The document detailing the role of the Palantir software in the arrests of families of migrant children is part of a trove of information unearthed in a Freedom of Information Act request by the American Immigration Council, the Florence Immigrant and Refugee Rights Project, the National Immigrant Justice Center, Kids in Need of Defense, Women’s Refugee Commission, and Wilmer Cutler Pickering Hale and Dorr LLP.

The existence of the program was first reported by The Intercept, but Palantir’s role in the program has not yet been reported.

Palantir has a multi-million contract with ICE to aid in the collection and analysis of personal data, improving the agency’s efficiency in targeting, arresting, and prosecuting undocumented immigrants. Mijente’s report, “Who’s Behind ICE?,” previously detailed dozens of links between the Department of Homeland Security and Silicon Valley tech companies like Palantir and Amazon, which hosts Palantir software used by DHS.

The seven-page document, titled “Unaccompanied Alien Children Human Smuggling Disruption Initiative,” details how one of Palantir’s software solutions, Investigative Case Management (ICM) can be used by agents stationed at the border to build cases of unaccompanied children and their families. Palantir’s ICM is the “core law enforcement case management tool” of ICE’s Homeland Security Investigations (HSI) and also used by other branches of ICE, including Enforcement and Removal Operations (ERO), which carries out the majority of deportations.

Agents who encounter unaccompanied children crossing the border are instructed to document their encounter by creating a case in ICM. Agents then have 72 hours to conduct “knock and talk” interviews with parents or sponsors of the children to determine if they paid smugglers to bring their children into the United States. If ICE agents determine that the parents or sponsors paid smugglers, they can bring charges against them.

Importantly, ICE agents are explicitly instructed that they may “arrest the subjects and anybody encountered during the inquiry who is out of status.” Any parent or family member who is undocumented, in other words, can be arrested and prosecuted for deportation by ICE agents using ICM data as part of their investigations.

Palantir has several times claimed that its software is not used to facilitate deportations. In a statement provided to the New York Times, the firm implied that because its contract was with HSI, a division of ICE focused on investigating criminal activities, it played no role in deportations.

This is false. Mijente has previously detailed how HSI agents lead workplace raids across the country, ensnaring hundreds of undocumented immigrants in deportations proceedings, like the more than 280 people who were arrested last month in Allen, Texas, while working at an electronics repair company. These workplace raids often involve agents knocking down doors, guns drawn, and tackling workers for arrest. These raids have increased under President Trump.

Previous reporting also shows that Palantir’s software can be easily used by ERO, the division of ICE chiefly responsible for deportations.

This document is further proof that Palantir’s software directly aids in prosecutions for deportation carried out by HSI agents. Not only are HSI agents involved in deportations in the interior, they are actively aiding border agents by investigating and prosecuting relatives of unaccompanied children hoping to join their families.

Yet, Palantir’s executives have made no move to cancel their work with ICE. Its founder, Alex Karp, said he’s “proud” to work with the United States government. Last year, he reportedly ignored employees who “begged” him to end the firm’s contract with ICE.

We call on Palantir and its employees to stand up for immigrant communities and stop developing data systems for ICE. Hundreds of immigrants will be deported because of work Palantir is doing on behalf of an agency responsible for gross human rights abuses. This work must stop now. Palantir must cancel its contract with ICE. 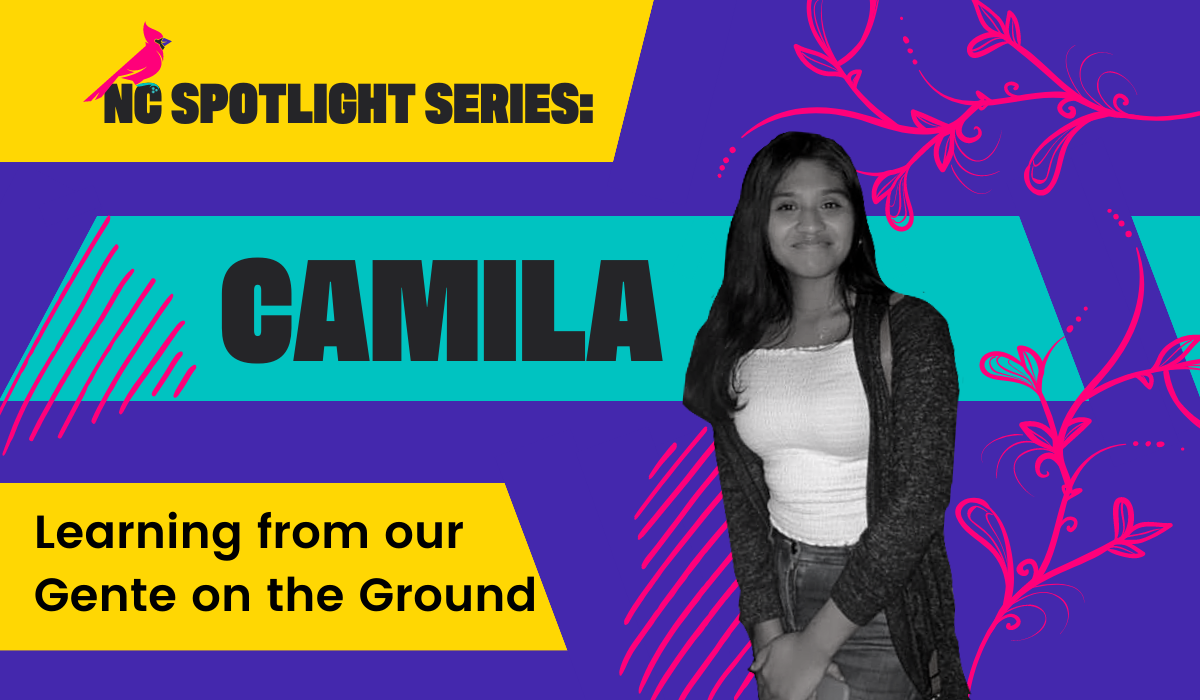 OrganizingNC Spotlight Series: Camila, Leading for the Future of Latinxs in NC
By
NC Mijente 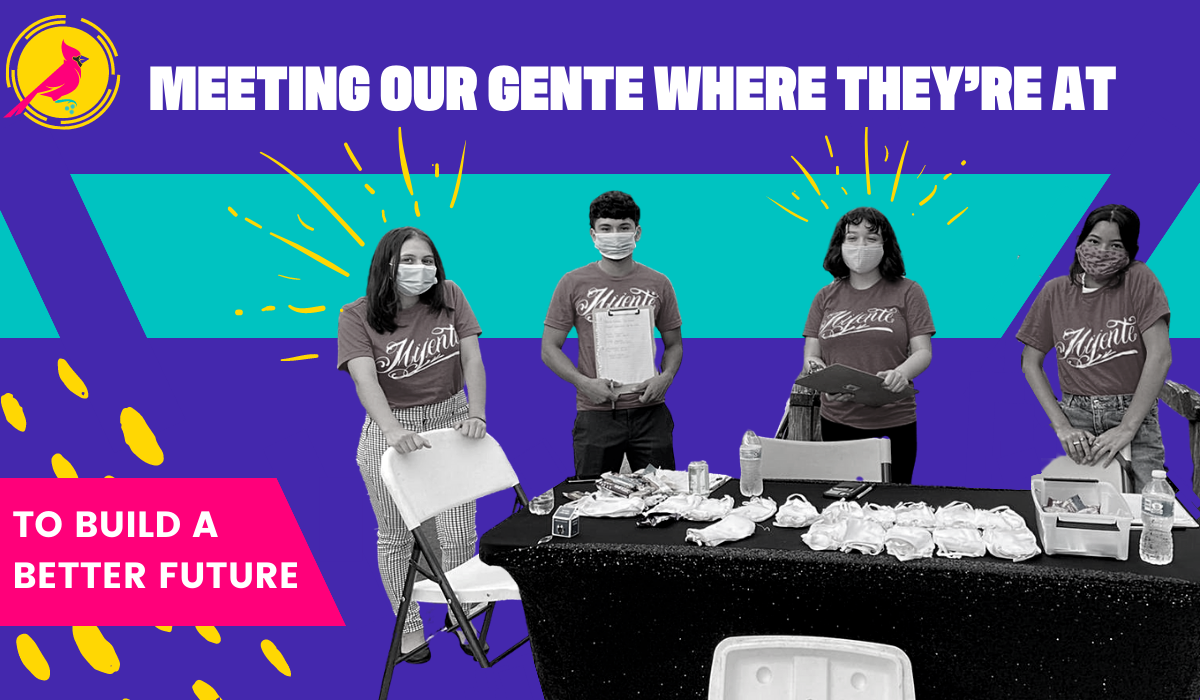