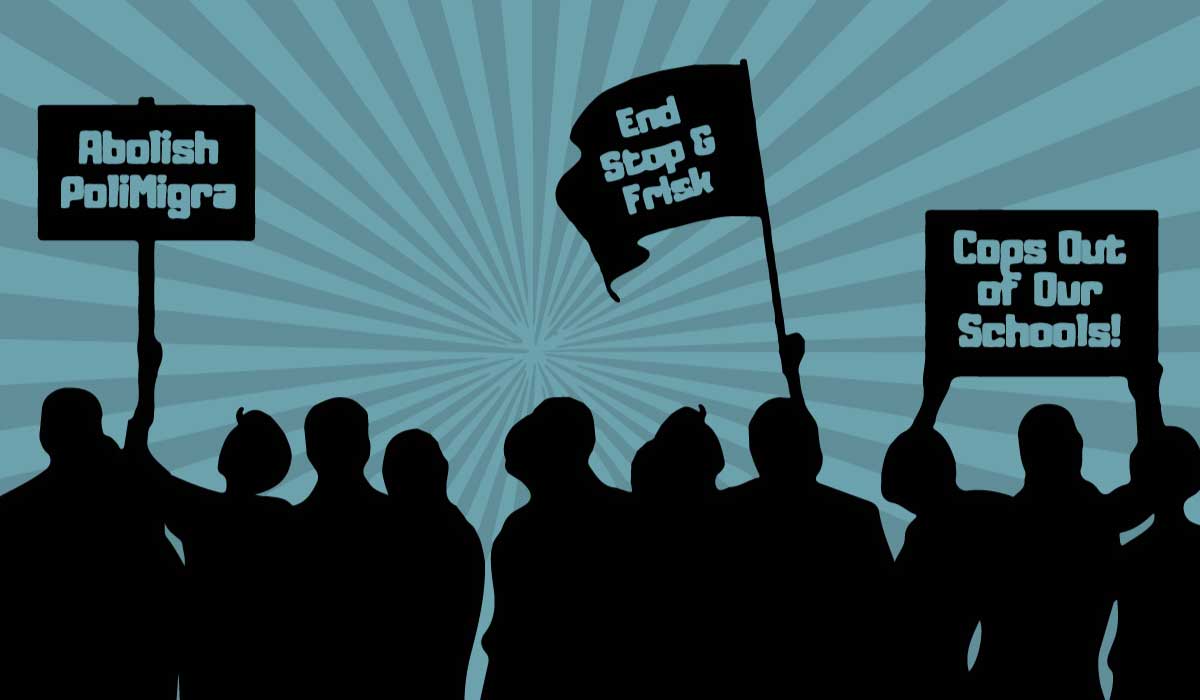 Today, Mijente and the National Immigration Project of the National Lawyers Guild (NIPNLG) released a new report, Three Ways D.C. Can Improve its “Sanctuary City” Policies to #AbolishICE from the City, that exposes the ways that D.C. participates in raids and deportations of its community members. The report calls on D.C. officials and community to end its collaboration with Immigration and Customs Enforcement (ICE) as a concrete step towards the abolition of this rogue agency.

RSVP to the Webinar

Washington, D.C. has experienced an increase in raids and ICE transfers in the past year. Community members have been arrested by ICE in their homes, outside of work places, public spaces and directly after being released from D.C. police custody. Communities under attack have been organizing to free their loved ones out of detention. Local immigrant rights organizations like MLOV, BLM DC, Stop Police Terror Project, BYP100 DC, No Justice No Pride, and Sanctuary DMV organized actions to hold officials accountable to the Sanctuary City policies they prided themselves on.These actions raised questions about the lack of accountability to Mayor Bowser’s commitment to protect immigrant communities.

Mayor Bowser has declared repeatedly that Washington D.C. is a “sanctuary city” for immigrants, where “neighborhoods are safer and stronger when no one is afraid.” She has also affirmed that D.C. law enforcement, the Metropolitan Police Department (MPD), does not collaborate with Immigration and Customs Enforcement (ICE). But, as this report reveals, the reality for D.C. residents is anything but sanctuary or safety.

The report highlights the way D.C. continues to uphold contracts with ICE and therefore further criminalizes our communities.  Some of the findings of the policy report include:

The research for this report was initiated in response to seeing our people disappear into the criminal courts and channeled into deportation proceedings. This is for the families who continue to fight for their loved ones and those who will not let the Mayor continue to tell lies. For this reason, we call on our D.C. city officials and Mayor Bowser to implement following policy recommendations

Three Ways D.C. Can Improve its “Sanctuary City” Policies to #AbolishICE from the City lays out the policies and actions that are harming our communities in D.C. This is a report to use as a tool to push for policy changes that create a safer city for all its people. We will continue to fight for our communities in Washington, D.C. until we #AbolishPoliMigra from the city.