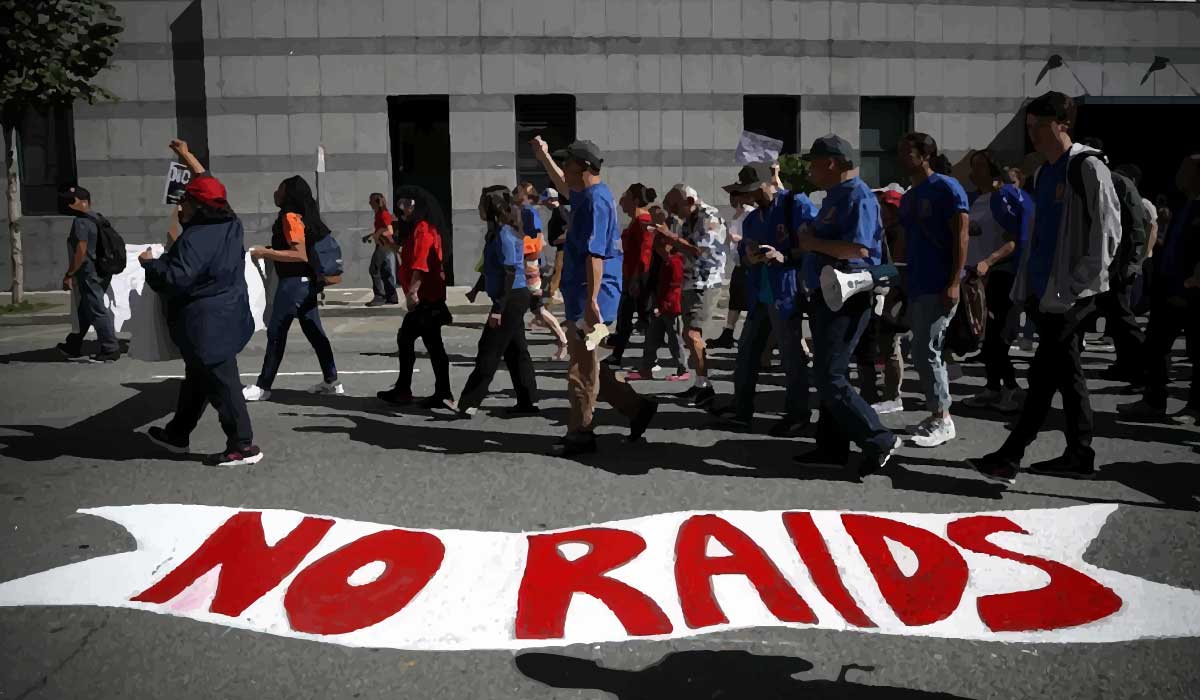 Last week Immigration and Customs Enforcement (ICE) released information that they had detained 450 people across the country in cities and counties that have restrictions on the participation of local police in immigration enforcement, or so-called “Sanctuary” cities.

Although this was not the 10K person mass raid that community members were warned about a few weeks ago, there are five elements we thought important to highlight that show us that we are in a new era of enforcement that requires us to track emerging tactics and technologies and have with solid and innovative response. And in an era where any contact with local law enforcement becomes an opportunity to detain, deport, and incarcerate, highlighting the role of local governments in creating real sanctuaries and pushing back against criminalization is key.

As we figure out what those responses are, here are five things that we should  be paying attention to in responding to Operation ‘Safe City’ and any that follow:

Keeping these five perspectives in mind as we continue to figure ways to effectively defend our communities and fight back against these raids, can help us important to track how immigration agents are conducting operations, identify new tactics and trends, and pay attention to the relationships between law enforcement and the different government agencies at work.