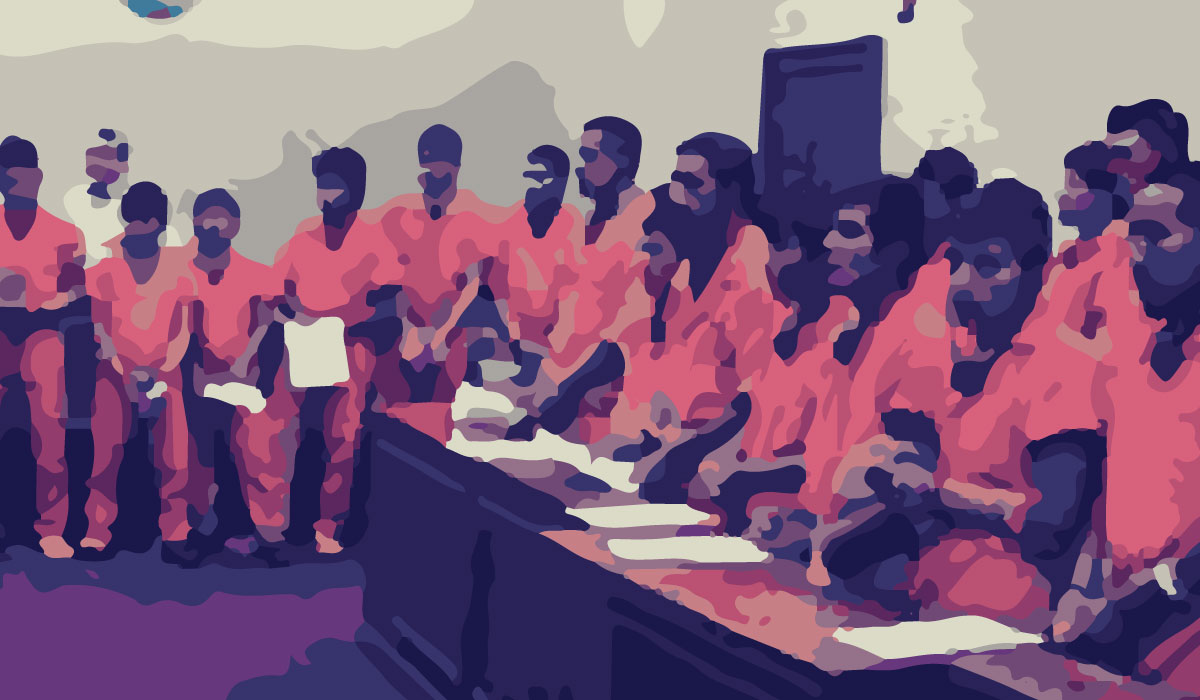 Today news broke that the Trump administration is significantly escalating its “zero tolerance” policy when it comes to immigrants seeking refuge in the U.S. and plan to introduce a “fast-track” mass prosecution program. Akin to the already existent Operation Streamline in southern Texas and Arizona, the program means that immigrants will be moved through the criminal system in mass hearings, from arraignment to sentencing – up to 150 migrants per day – in just a few hours.

Marisa Franco, Executive Director of Mijente, a national Latinx organization leading on mobilizing against immigration enforcement and criminalization, issued the following statement regarding the increased prosecutions:

“From children being torn apart from their parents to chained groups of people being prosecuted en masse, it is clear we have a human rights crisis. Attorney General Jeff Sessions is throwing the book at people without regard or discretion and this latest move will exponentially increase family separation and the prosecution and incarceration of migrants simply for the act of migration. This in addition to more money going to fund sentencing and private prisons.

“We’ve been asking, ‘where are the children,’ but not asking ‘where are the parents.’ Today the answer is that as the parents are being mass processed and sent to private prisons, with little hope of reuniting with their children after being convicted, incarcerated, and then deported. We urge San Diego U.S. Attorney Adam Braverman to not give in to the hateful rhetoric coming from Attorney General Jeff Sessions, and stop the move towards mass prosecution of parents, asylum seekers, and other migrants in California.”

Mijente has started a petition to urge US Attorney General Adam Braverman to roll back the changes, which are supposed to go into effect July 2, 2018.