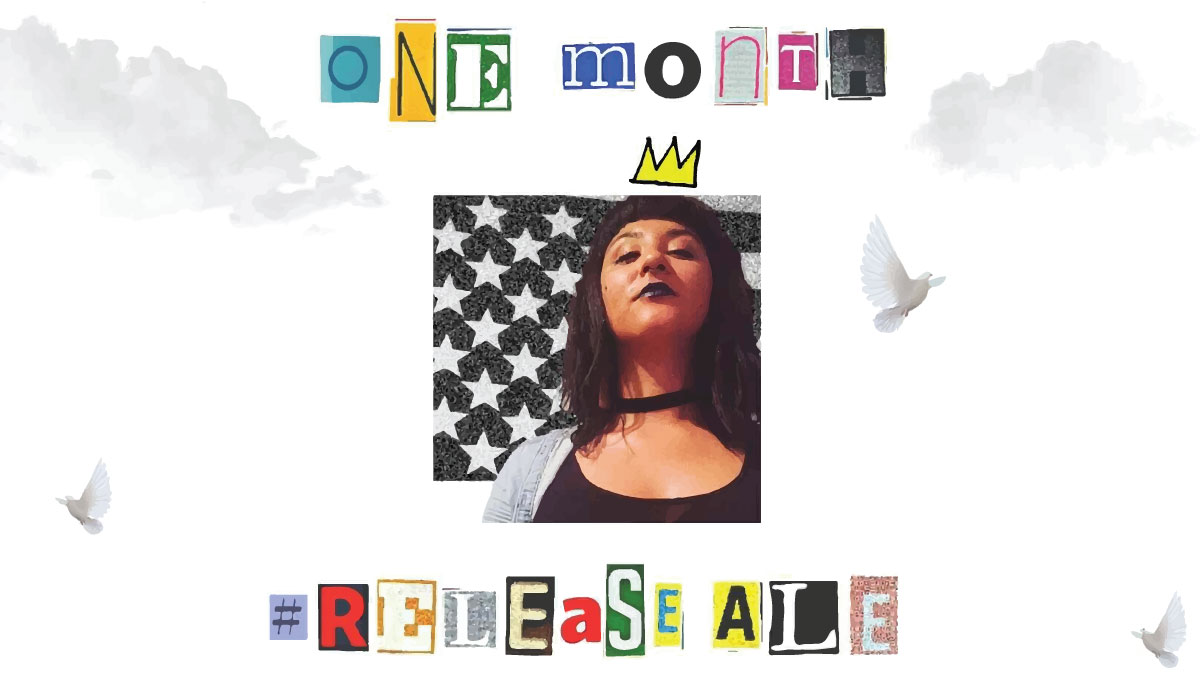 Mijente member Alejandra Pablos was granted a bond hearing, which will determine if she can be released from detention. Click here to find out how you can support.

Immigrant rights and reproductive rights activist Alejandra Pablos was granted a bond hearing before an immigration judge, to determine whether she will be released; she will be appearing in federal court in Tucson, Arizona on Thursday, April 19th, 2018. By that date, Pablos will have been in immigration custody for 43 days at the Eloy Detention Center after being detained during a check-in with the Immigration and Customs Enforcement agency.

“I am relieved that my sister has a hearing date before a judge. As a brother, a veteran, and a citizen of Tucson, I am working to organize our neighbors to support her at her court”, said Jesus Magaña, Pablo’s brother, and a United States Air Force veteran.

Pablo’s detention sparked protests and mobilization from the many organizers in Pablo’s network, including many women’s rights, reproductive justice, Latinx organizing, and immigrant rights activists. In addition to her friends and family, allies and organizers from around the country are expected to show up at her court hearing in Tucson, Arizona to support her release.

“We know that organizers are on the frontlines of defending all of our rights, particularly under this administration, so when they come for one of us, we have to stand together in their defense ” said Jacinta Gonzalez, Field Director for Mijente and one of the coordinators of the campaign to release Pablos. “We know that ICE is trying to intimidate all organizers by targeting prominent activist for deportation, but by standing with Ale we will show that we are determined and will not stop exposing ICE’s abuses,” she concluded.

Pablos was also one of the first members of Mijente, a national Latinx political organization, which is heading the campaign for her release. She also works as a Field Coordinator for the National Latina Institute for Reproductive Health, where she organizes to raise the voices of Latinas in Virginia for policy change at all levels of government on issues that impact their lives, women’s health care, and other social justice issues.

Jessica González-Rojas, NLIRH Executive Director, stated, “We have been devastated since Alejandra was detained, and watching the outpour of love and support we have seen in the community really touches our heart. As a member of the National Latina Institute for Reproductive Health familia, and a fierce community organizer, Ale has been integral to our outreach, leadership development and mobilization efforts. Most importantly, the passion she displays for her work has served as an inspiration to us all as we continue to fight for immigrant rights and reproductive justice. Her arrest, like so many others, is a thinly veiled attempt to silence the voices of the thousands of fierce activists, who like her, work tirelessly to bring make our collective liberation a reality. We must not allow for these attempts to continue, and shall not give up until we can get our hermana back home again.”

Alejandra has lived and organized in the United States her whole life. As a young person living in Arizona Alejandra was arrested and convicted of several charges, including Driving Under the Influence and possession of drug paraphernalia, some of which were felonies under state law. In 2011, after she complied with the orders from the court, she spent 2 years at the Eloy Detention Center in Southern Arizona, lost her residency, and was placed in deportation proceedings. On March 07, 2018, ICE took Pablos into custody and is being held at the Eloy Detention Center in southern Arizona awaiting a bond hearing.

The National Latina Institute for Reproductive Health is the only national reproductive justice organization dedicated to building Latina power to advance health, dignity, and justice for 28 million Latinas, their families, and communities in the United States through leadership development, community mobilization, policy advocacy, and strategic communications.