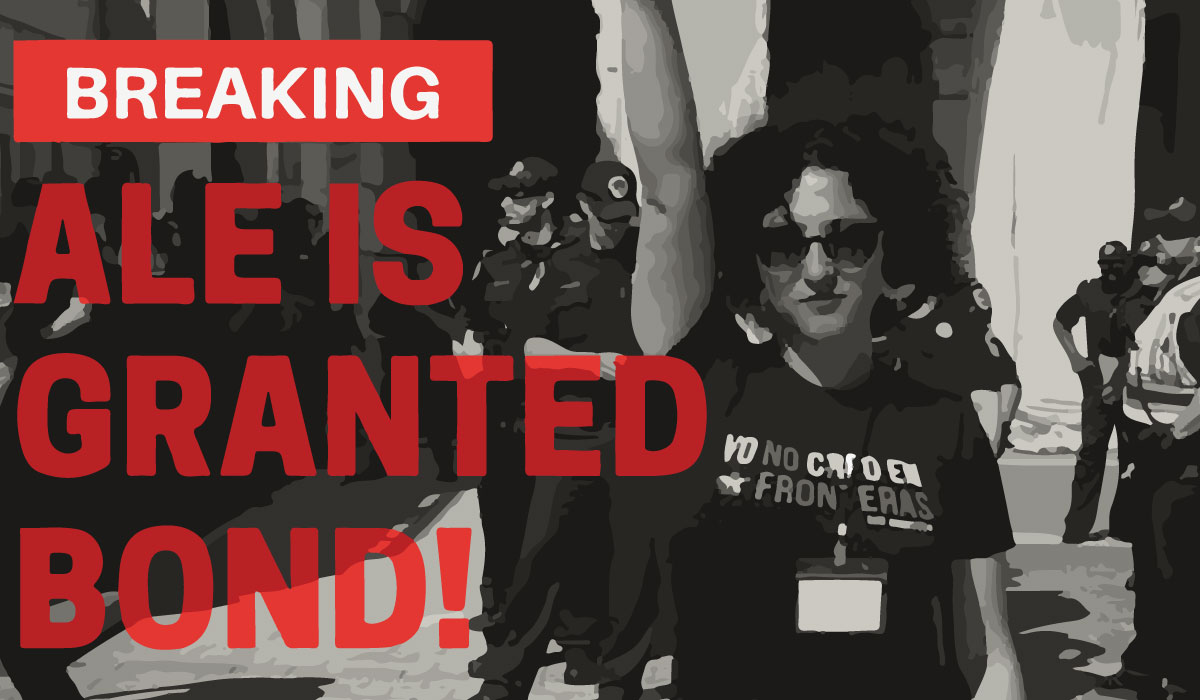 Federal judge grants activist Alejandra Pablos freedom from detention, showing community organizing works. Now we must demand that Governor Ducey pardon Alejandra so she can have a chance to fight her deportation and stay home.

What happened? A federal immigration judge at Eloy Detention Center has declared that Alejandra Pablos is eligible to pay a bond of $8,000. The bond has been paid and supporters are waiting for her release from detention. This shows that organizing ourselves in the face of Trump administration attacks is a good tool to defend our communities.

What does this mean for Alejandra’s case? The immigration court was only about whether Alejandra would remain in custody, not about her deportation case. Alejandra still has to continue to fight against her deportation case. Her individual asylum hearing is scheduled for December 2018. Alejandra’s immigration case is complicated in part because of prior criminal history. If Governor Ducey were to pardon Alejandra for these charges from a decade ago, she would have a chance to fight to  remain home in the US with her family and community.

In addition, Alejandra and her legal counsel will also be defending her against the arrest made by the Department of Homeland Security (DHS) during a protest in Virginia, which is responsible for Alejandra’s current detention, which goes to trial in Virginia May 15th.

What does this mean for the immigrant rights movement? Organizing can work. We must defend ourselves and continue to stand up for each other.